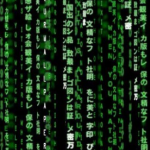 To generate random numbers in csharp or vb.net you simply need to use the Random class which is located in the namespace System.

If you do new Random() in a Loop the Random is initialised again and again, your Random function can then possibly return the same number several times.
You should keep a single Random instance and keep using Next on it without reinitialising.

How to export Gridview data to Excel using devexpress XtraGrid

How to catch specific MS-SQL SQLExceptions in C# and VB.NET

How to extract a password protected zip file using DotNetZip in C# and VB.NET